The monumental complex known as Altare della Patria, or Altar of the Fatherland and Victor Emmanuel Monument in English, was built to celebrate the magnificence of Rome, capital of Italy, and to commemorate the unification of the country into a single nation.
The white building featuring two chariots on top can be spotted from almost everywhere in Rome thanks to its imposing structure and to the location on one slope of the Capitoline Hill. 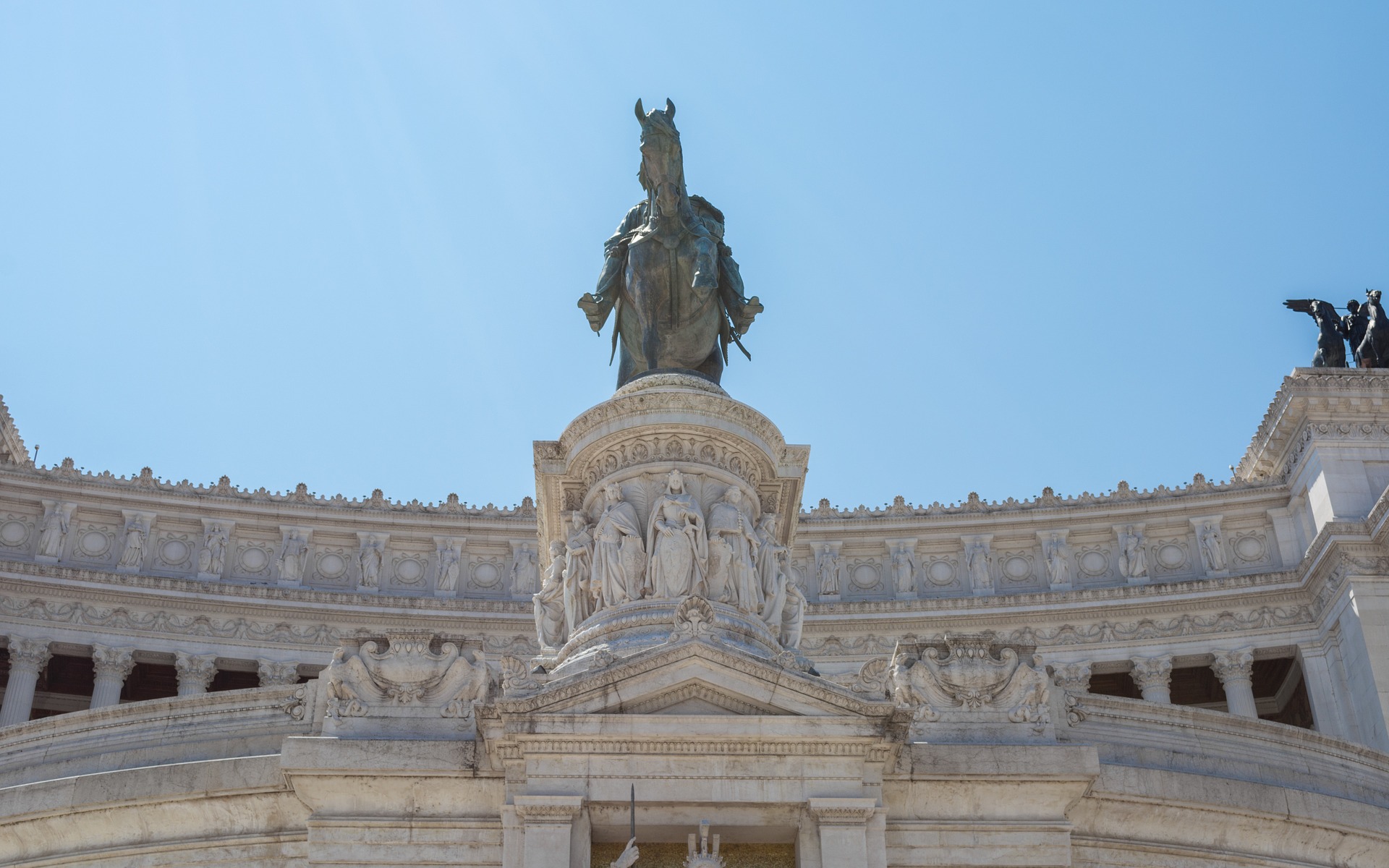 Meaning & Purpose of the Altar

The location of the Altare della Patria is also full of meaning. Ever since Rome’s foundation, the hill has been as a symbol of the greatness of the city.

At the end of the 19th century, the decision was made to demolish many of the remains on Capitoline Hill to make room for the imposing monument, a project designed by architect Giuseppe Sacconi dating back to 1885 – 1911.

Sacconi’s project drew inspiration from the great Greek sanctuaries, such as the Pergamon Altar and the Sanctuary of Fortuna Primigenia, characterized by a sort of raised terrace.

As for the materials used for the building, the original project provided for the use of travertine, the traditional stone of Rome’s monument. However, Sacconi decided to use the white Botticino marble, which can be found in northern Italy and is easier to shape.

At the top of the staircase stands the actual Altar of the Fatherland, the central section of the monument, right under the statue of goddess Roma immortalized on a golden background. The Altar was designed by the sculptor Angelo Zanelli and is probably the most well-known part of the monument.

A Museum made for people

Ever since the original project, the monument was conceived not just as something destined to be admired, a reminder of Rome’s greatness, but also a place to live, with exhibition spaces where for over 20 years were held beautiful seminars and exhibitions.

Crossing the great gates the first thing that will strike your attention is the glaring white marble staircase which counts 196 steps. If you have made it on top of the stairs, then you will find yourself in front of the Tomb of the Unknown Soldier – or Tomba del Milite Ignoto in Italian – topped by the Statue of Goddess Rome. As previously mentioned, this area constitutes the actual Altar of the Fatherland.

Keep on climbing the monument you will encounter a series of exhibit spaces, part of the Vittoriano museum complex. Other stairs will lead you to the middle terrace from where you can spot a charming view of Rome. On the middle terrace there’s a caffetteria to rest and admire the view of the Trajan Column.

…Or take the elevator

The beautiful terrace visible from the bottom of the monument offers a spectacular view on Ancient Rome. The path leading to the stunning terrace, the Terrazza della Quadrighe, is uphill. The monument is 81 meters in height and even though you don’t have to climb it up to top, it’s better to wear comfortable shoes.

Alternatively, two panoramic elevators will lead you to the upper terrace!

From the top you can spot most of the main monuments and attractions in Rome. Look south to see the Colosseum and the Roman Forum, the Palatine and the Arch of Titus. Admire Piazza del Campidoglio and its palaces. On the west side you will see Theater Marcellus, the Dome of St. Peter’s Church and the Pantheon, where King Victor Emmanuel II is buried. On the north side you can spot the Borghese Gardens and Borghese Gallery.

1Roman people have been given the Altar of the Fatherland many funny nicknames. The monument is also known as: the “typewriter” for its peculiar shape and the “wedding cake”.

2It’s absolutely forbidden to sit on the steps.

3The equestrian statue of Victor Emmanuel II is so huge that in 1911 the Italian authorities organized a memorable refreshment with sandwiches and wine. 24 people were seated around the table inside the horse statue. Among them, there were the Mayor of Rome Leopoldo Torlonia, the Minister of Public Works and many journalists.

4The Altar of the Fatherland is presided 24/7 by the Italian guards. The two guards on both side of the Tomb of the Unknown Soldier cannot look at each other. 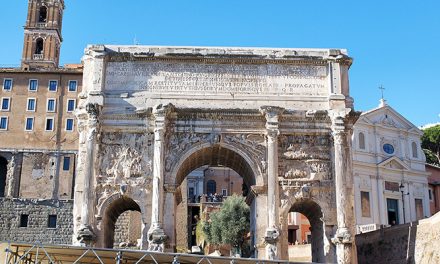 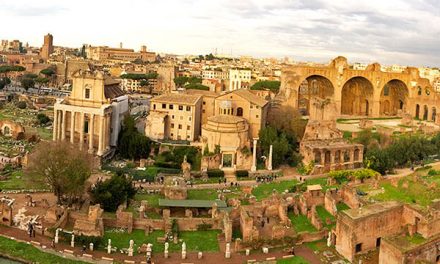