If you are strolling through the Rome Jewish Ghetto Area, then you shouldn’t miss to stop under the famous balcony of Beatrice Cenci Palace, known for the tragic story of this noble family. Read her story before going, so it will make sense to you once you are under her balcony!
Beatrice Cenci was an Italian was an Italian noblewoman who lived between 1577 and 1599, accused by the Italian authorities to have killed her father Francesco Cenci. According to sources her father was an abusive man with a violent temper. 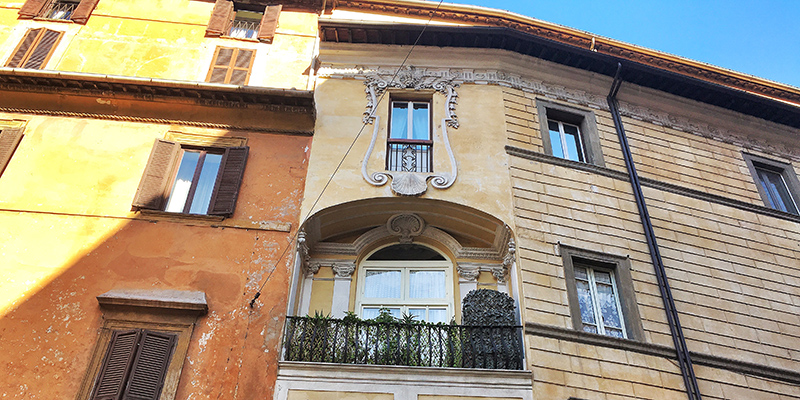 Beatrice lived with her parents Francesco and Lucrezia and her siblings in the Cenci Palace built on the ruins of a Middle Age fortified buildings at the edges of the Jewish Ghetto.
Beatrice tried several times to inform authorities about her father mistreating her. However, nobody helped the poor Beatrice. She, her brothers and her mother decided it was time to get rid of the abusive father. Together they murdered Francesco and threw him from the famous balcony to make it seem like an accident.

Authorities soon noticed Francesco’s absence. When the body was discovered no one in Rome really believed his death was an accident. The plot was discovered and all members of the Cenci family were arrested and sentenced to death. They were all beheaded on Sant’Angelo Bridge.

Protests arose against the biased trial and Beatrice became symbol of resistance against the aristocracy. According to tradition, when the Cenci family was sentenced to death, the Pope exclaimed “Justice is done!”. However, all their belongings were confiscated and given to Ascanio, the Pope’s nephew.

Giacomo, Beatrice’s brother, was severely tortured. His corpse was quartered in a public spectacle. Only the 12 year old Bernardino, the youngest son of Francesco, was spares, but he was forced to witness the execution of all his family.

The Ghost of Beatrice

Beatrice’s remains were buried in the Church of San Pietro in Montorio. Her grave was desecrated in 1789 by French Soldiers.
Legend has it that every year on the night before her death which occurred on 11 September 1599, Beatrice’s ghost comes back to the bridge carrying her head on Sant’Angelo Bridge. Many stated to have seen her also wondering around Cenci Palace at night.

The Arch Cenci and the Apparition of the Virgin Mary

The arch on the left, known as Cenci Arch is also linked to a bloody story. It is said that two men were fighting to death under the arch, when an image of the Virgin Mary miraculously appeared. One of the man was holding a knife against the other who was begging to be spared. Looking at the sacred image, the man dropped the knife, but the opponent grabbed it and killed him. The Virgin started crying and arch became a place of pilgrimage from all over the world. The Sacred Image was then moved to the nearby church of Santa Maria del Pianto. 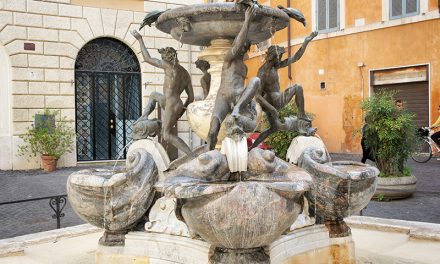