Along via Garibaldi, just on the top of the Gianicolo Hill, there’s the Fontana dell’Acqua Paola, mainly known as “Il Fontanone” (the big fountain) among Roman people.
Il Fontanone has become a more popular site and attraction in Rome in recent years thanks to the movie “the Great Beauty” by Paolo Sorrentino. The Fontana dell’Acqua Paola is indeed setting of the opening scene of the Oscar-winning movie! 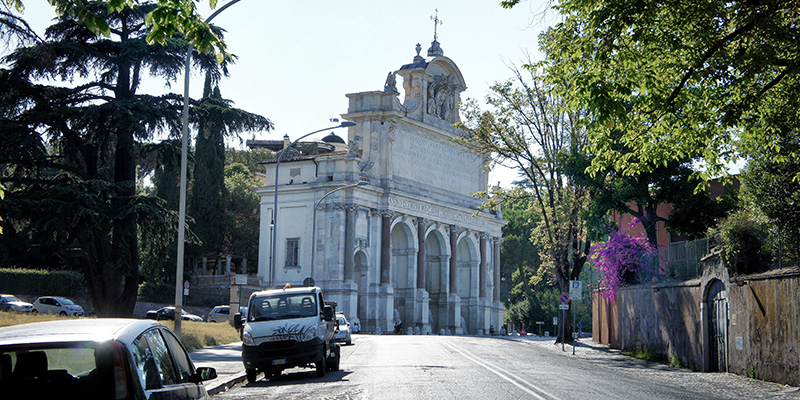 The monumental fountain was designed by the architects Flaminio Ponzio and Giovanni Fontana.
It was placed at the end of an old Roman Aqueduct created in 109 A.D by Emperor Trajan and put into operation by Paolo V Borghese. The Aqueduct was used to bring water to the neighbourhood of Trastevere, which until then could rely only on wells and on the Tiber waters for its water supplies. With the new aqueduct, the water came directly from the Bracciano Lake. In ancient times it was also used to operate Rome’s mills.

Part of the water from the aqueduct was also destined to the Vatican City and Gardens, as well as to St. Peter’s Square.

History and Features of the Fountain

The Fontana dell’Acqua Paola was built between 1610 and 1612. The monumental facade, decorated with angels, monsters and dragons, is characterized by five arches and six granite colonnades, four of which come from the ancient facade of St. Peter’s Basilica.
The impressive basin is attributed to the architect Carlo Fontana. The square, an open space offering a unique view on the fountain and on Rome’s skyline, did not exist at the time of Paolo V Borghese. Indeed, it was only built later by Alexander VII Ottoboni after intensive terracing works.

Behind il Fontanone there’s a large garden, a Nymphaeum with the coat of Arms of Innocenzo XII, which is perfectly on axis with the niche of the fountain. 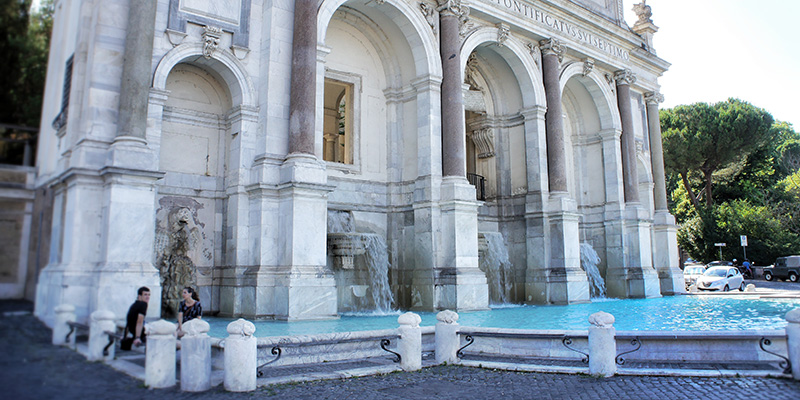 Originally, the Fontana dell’Acqua Paola featured 5 small basins. The large white-marble basin which we can be admired today was built only in 1690 under Alexander VIII Ottoboni by Carlo Fontana. Later, the fountain was fenced by a small columned balustrade to prevent teamsters from letting their horses drink from the fountain. 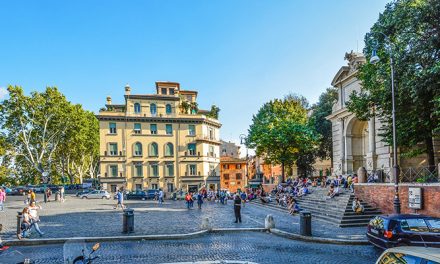 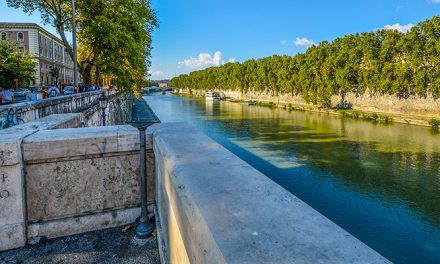 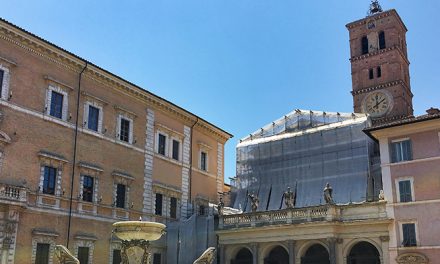