In the heart of the ancient Roman Ghetto down Via del Portico di Ottavia, at numbers 1 and 2, stands the facade on red building that Lorenzo Manilio built in 1468 for his family. 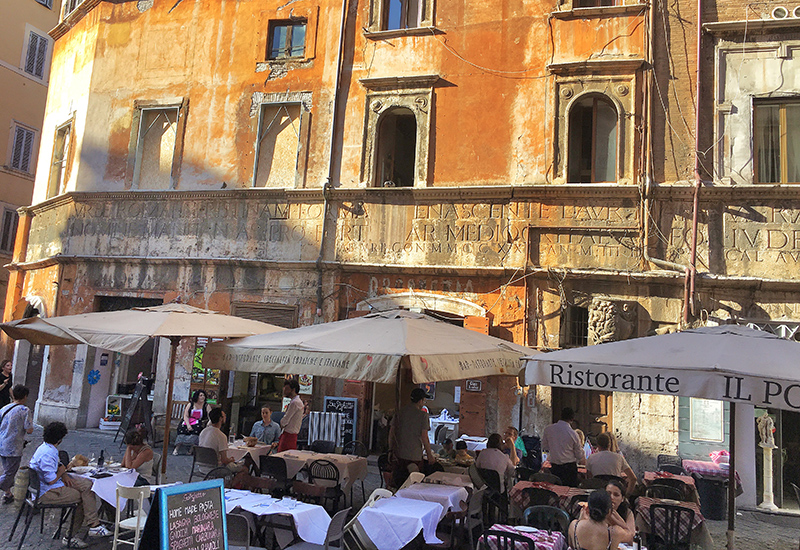 “While Rome is reawakening to its antique splendor, Lorenzo Manilio, as a sign of love for his city, had this house built overlooking the Jewish Square for him and his family”.

In summary, the owner was lauding Rome’s reawakening to its antique splendor.The inscription notes that the house was renovated in 1497. 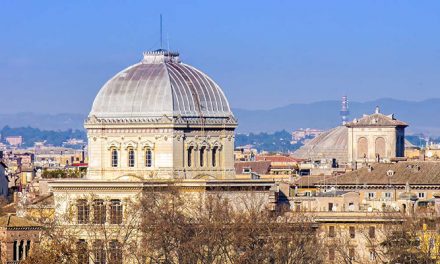 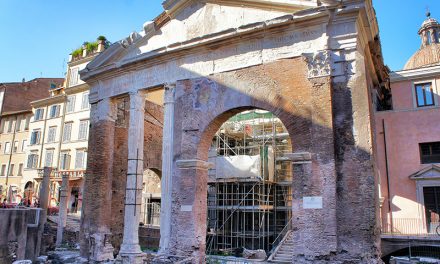