The Regia is one of the oldest buildings in the Roman Forum. It was a royal palace attributed to the second king of Rome, Numa Pompilio. Today we can see only some ruins of what must have been a beautiful palace, probably part of a larger complex comprising other buildings, include the House of the Vestal Virgins, covering a trapezoidal area. 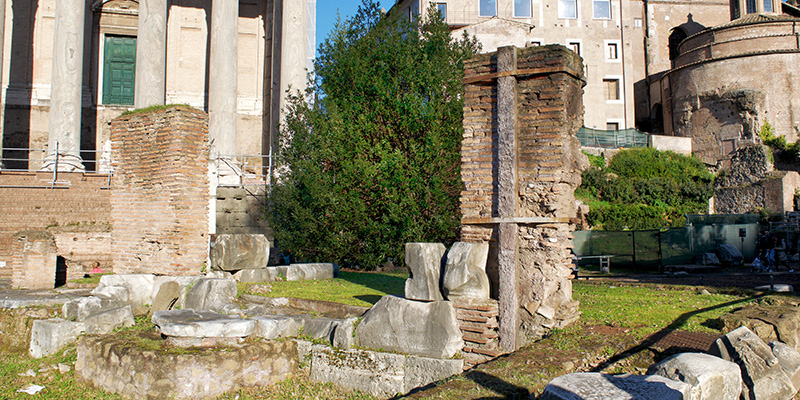 The Regia Palace was also used as a temple, housing a sanctuary for the God Mars and the goddess of harvest and plenty, Ops Consiva. Later, it became the office of the Pontifex Maximus, the high priest of Roman religion, and was used for official meetings and as an archive for important documents such as calendars and civic tablets.