Unforgettable women of great strength appear through Roman history and literature, from wise and faithful wives and mothers to ruthless and cunning cheaters.
To understand the role of women in Ancient Rome, it is important to first consider the places they could hold in society:

Then we must consider the time in which they lived: in the Archaic time, women were first subject to their fathers’ authority, called pater familias, then, after they were married, to their husbands’ control.

However, Roman women enjoyed relatively more freedoms than their counterparts in Ancient Greece, even being able to sit next to their husbands during official ceremonies and banquets.
During Hadrian’s reign as emperor, women had the freedom to refuse to be married against their will and instead draw up their own will on their own terms. 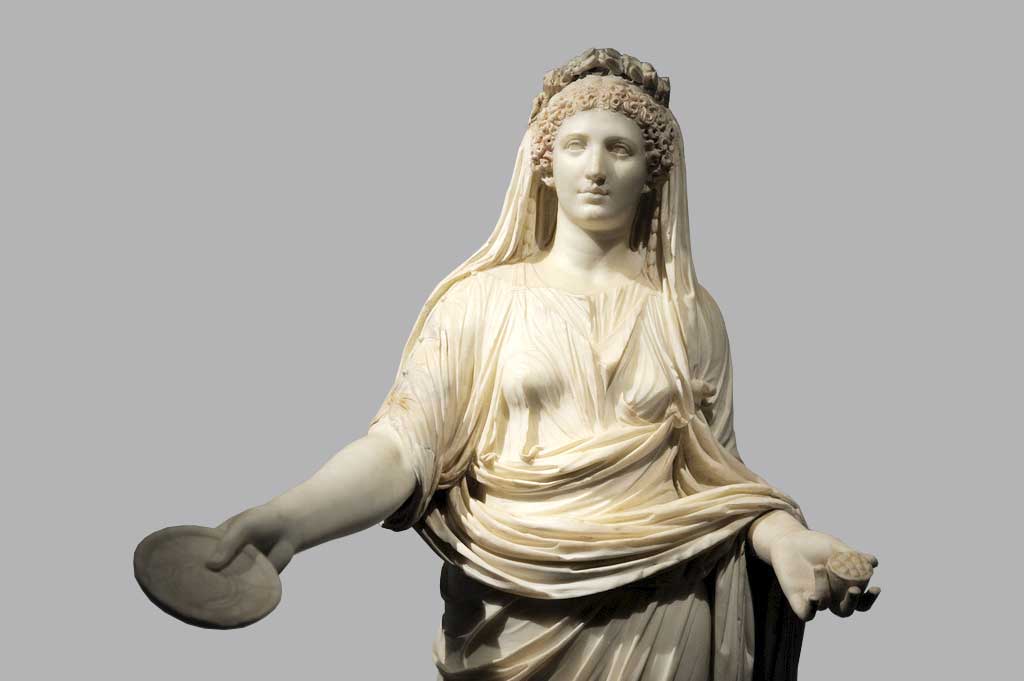 Couples got engaged in very much the same way they do nowadays, with a ring and a question.
The man would propose to the woman in a ceremony in front of both their families, by slipping a promise ring on the fourth finger of her left hand, or as it is more commonly known, the ring finger.
Why that particular finger?
As the poet Aulus Gellius explains, the Egyptians and Greeks believed that a vein connected that finger directly to the heart (Noctes Atticae, X, 10). 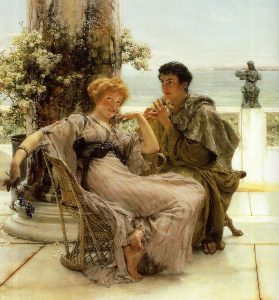 The Wedding Day and Ceremony

The night before the wedding, the bride-to-be would make a sacrifice to the gods and exchange her tunica pretexta (children’s clothing) for her new dress.
The wedding dress was a special kind of tunic called recta, which also means white in Latin.
The dress covered her body, completely with a tight knot at the waist symbolizing her virginity.
Only her husband could untie the knot, called herculeus in Latin.
On the big day, the bride and her closest relatives would gather in her father’s house to get prepared.
From head to toe, the bride had to look perfect (something that hasn’t changed in the past two thousand years).
Her hair was decorated with a red veil, called the flammeum, and a garland of orange flowers.

The wedding party would last all day long until the groom pretends to kidnap the bride from her father’s house, kicking off a loud and happy procession to the couple’s new home.
The bride is not allowed to cross the threshold of her new home on foot.
Instead, her husband carries her through the doorway, a symbolic way of welcoming her into their new life together.
Rather than walking into someone else’s home as a stranger, she enters as if she has been living there with him the whole time.

Women’s fertility was very important; if a woman could not have children, she could possibly be disowned. They turned to astronomy to help them conceive.
On April 1st, the Ancient Romans celebrated the feast of Veneralia, to commemorate virgins getting married, then 71 days later, on June 11th, they celebrated Matralia day in honor of conception in general.These holidays were dedicated to the gods Venus and Matuta.

The 71 days between the two are the amount of time it takes for the planet Venus to move from between the earth and the sun to its farthest point away from the sun.
As Leonard Magini writes in his book, Stars and Fertility in Ancient Rome, it seems that the Ancient Romans understanding of the cosmos influenced their beliefs on childbirth.
Ancient Romans celebrated other important fertility holidays: July 6th commemorates the day young brides realize they were pregnant, called Fortuna Muliebre, while March 1st is dedicated to childbirth, or Matronalia.

The ancient historian Plutarch wrote in his essay concerning the virtues of women that he agreed with Roman laws allowing women to have public funeral eulogies, arguing that virtue does not have gender differences.
Those eulogies taught Plutarch, and many others, about the important women of Roman history, those who faced the same risks as their male contemporaries.
Virtues such as morality, frugality, and dignity were highly praised and encouraged in women, since they were the first teachers of young Romans.

Lucretia: A Faithful and Devoted Woman

Many legends from the Archaic times recount the stories of those individuals at the center of pivotal historic events. One of the most famous stories from that era is the tale of Lucretia.
One night, her husband, Collatino, was out for dinner with some friends when an argument arose over their wives’ virtue.
Collatino decided to settle the debate by inviting them all over to his home for a surprise visit to see what Lucretia was doing at the time.
They found her doing housework.
After meeting her, the prince Tarquinio fell in love with Lucretia. Days later, he returned to her home and abused her. Lucretia told her father, husband, and other male relatives what had happened before killing herself while asking for revenge.
As the story goes, this led to the expulsion of the Tarquini, Etruscan, people from Rome and the beginning of the Roman Republic in 509 B.C. 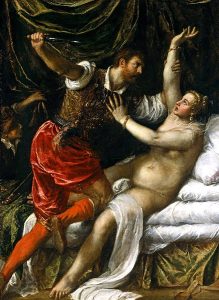 Clodia: A Cunning and Shameless Woman

As Roman civilization evolved, so too did the roles of women.
Stories written by the Latin authors of the Republic times noticed the shifts in role, often complaining about the heartlessness and freedom of modern women compared to the Archaic times.
The poet, Catullo, in his essay Liber, wrote an epigram for the passionate and cheating Clodia expressing the conflicted feelings that defined their unhappy love:

Odi et amo, quare id faciam fortasse requires, nescio sed fieri sentio et excrucior.
Translation: ‘I love you and at the same time I hate you, maybe you would like to know why, I don’t know but these are my feelings and I am sorry for it.’

Some of the first ladies of Ancient Rome seemed to believe you were not really powerful if you didn’t show off that power.
Two thousand years ago, the best way to gain respect and admiration was to act and appear as if you were a god yourself.
This happened in the 1st Century A.D. in portrayals of Livia, the wife of Emperor Augustus.
She was depicted as having the body of the goddess Venus, who represented the beauty and prosperity of the Romans, as well as the divinity protecting them.
Roman officials made sure that every colony in the Empire had goddess-like images of her placed in buildings or plazas where people gathered.
Many towns also had temples where people could celebrate rituals in her honor.
By associating Venus’ body with Livia’s features, Livia achieved a new status of Diva.
She soon became seen as a respected advisor to Augustus, who even let her have her own villa on the Palantine hill, the site of the official Caesar’s Palace. 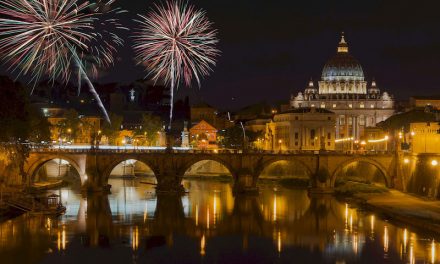 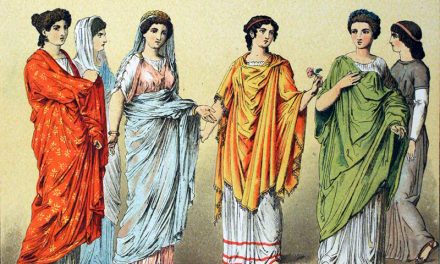