Rome’s Rose Gardens, also known as Roseto Comunale di Rome, announces its annual free opening to public to showcase its beautiful rose gardens. From October 1st to October 15th 2017, visitors will have the chance to visit the rose garden and marvel at the new collection of species of the queen of flowers. Rome Rose garden will be open every day, from Monday to Tuesday from 8.00 am to 6.00 pm. Best news is that entrance is free! 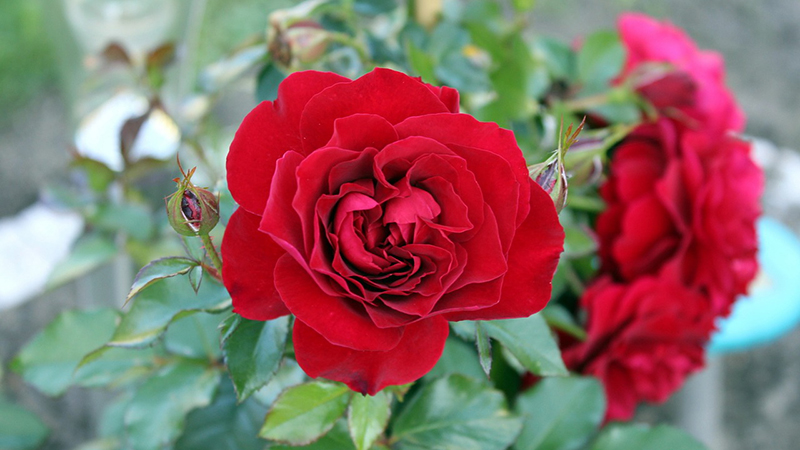 A Wonderful Collection of Roses

The relatively small garden, which measures about 2.5 acres counts an impressive collection of species. More than 1,000 roses coming from more than 20 countries. Every year new varieties are included. All enter the annual “Premio Rosa” contest.

Located in a prime spot on the Aventine Hill, the Roseto Comunale di Roma faces the remains of the Palatine hill, overlooking the amazing Circus Maximus. Shaped as an amphitheater, the rose garden extends on the slope of the hill.

This spot have been dedicated to the growing of flowers since the ancient times. Even the Latin historian Tacitus tells that ancient Romans used to celebrate the “floralia”, festivities dedicated to Flora – the Roman goddess of flowers and springtime – and built at temple in her honor by the Circus Maximus.
Covered by vineyards and vegetable gardens, Rome Rose Gardens have been used up to 1645 as the Jewish local cemetery.

If it wasn’t for the effort of the countess Mary Gayley Senni, an enterprising lady from Pennsylvania who lived on the Aventine Hill, Rome would have probably never had its own Rose Garden. Passionate about flowers and roses, she donated part of her personal collection to the municipality of Rome in the second half of 1900’s.
The memory of the old Aventine cemetery was preserved by drawing the pathways of the larger section in the shape of a Menorah (seven-branch candelabrum).