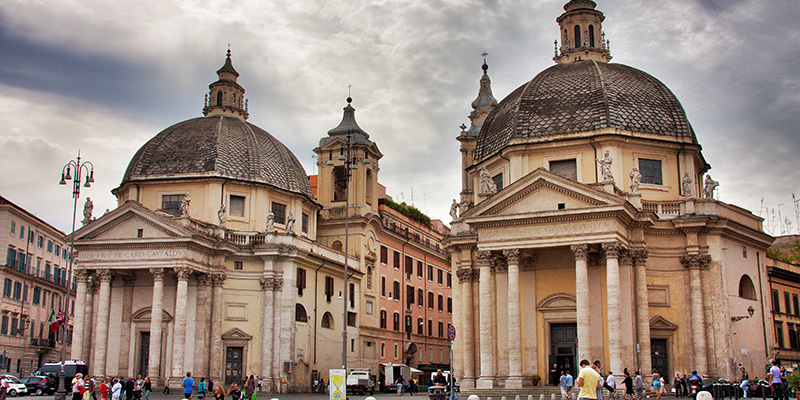 History of Santa Maria in Montesanto

As for the history of Santa Maria in Montesanto, the Church is named after an order of Carmelite friars coming from Montesanto, a small town in Sicily.
The works to build the Church started in 1662 under Pope Alexander VII and were financed by Cardinal Girolamo Gastaldi, who was buried inside the church. Architect Carlo Fontana and carried out the construction under Bernini’s supervision. As a tribute to the Cardinal, his crest can be seen on both the churches.

The Church of Artists

Today, the Church of Santa Maria in Montesanto is also commonly known as the “Artists’ Church” and has become the seat of the Mass for the Artists following an initiative of Mons. Ennio Francia who started the tradition during the 1950’s.

The Mass is celebrated at noon from the last Sunday of October to June 29 and is alway accompanied by music, while the reader is usually an actor. The sacristy often hosts exhibitions and art shows inspired by religious and sacred themes.
Following this tradition, Santa Maria in Montesanto has also become the church where perform burial rites of popular artists and showbusiness people. 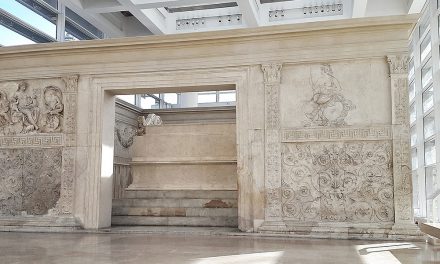 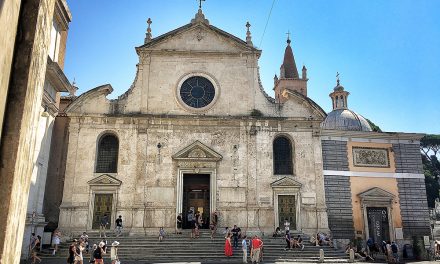 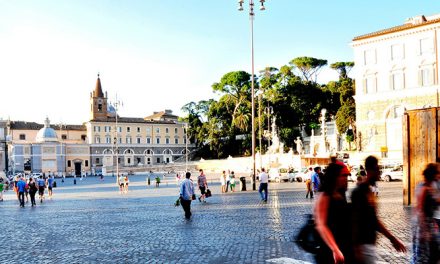