The Spanish Steps in Rome

Located in Piazza di Spagna, on the opposite side of the Fountain of the Old Boat, stands the real masterpiece of the area, the Scalinata di Trinità dei Monti, also known in English as the Spanish Steps, named after the Spanish Ambassador.
The majestic staircase was built by Francesco de Sanctis in the 18th century (1723-1725) on request of Pope Innocent XII who was looking for a solution to connect the square with the Church of Trinità dei Monti.

Works to build the Spanish Steps were financed by the French diplomat Étienne Gueffier. By that time Trinità dei Monti Church was then under the patronage of the King of France. Symbolically, the staircase aimed at celebrating the peace between Spain and France, by actually connecting the French Church of Trinità dei Monti with the Spanish Square. The French also planned to build a statue of King Louis XIV of France at the top of the staircase, but the idea was never executed due to the refusal of the Pope.

Given its splendor, the square was one of the main center of the city during the Renaissance period. It attracted the most important artists, writers and poets of the time. In time, the square was crowded by locals and travelers from all over the world. This tradition of the square as a gathering point has lived on ever since until today.
Stunning hotels, inns and residences were built all around the square.

Other Interesting Facts about the Spanish Steps

1In 2007 a drunk man attempted to drive a Toyota Celica down the Spanish Steps. Luckily no one was hurt, but several of the steps were scuffed. The driver was arrested.

3In spring the ramps of the staircase are adorned and covered with flowers, as wanted in Francesco De Sanctis’ original design.

Fountain of The Old Boat

As for the Fontana della Barcaccia, Gian Lorenzo Bernini finished the works started by his father. The fountain has the shape of a sinking boat, since it was intended to represent the flood of the Tiber River in 1598. According to legend on that desperate occasion a fishing boat, carried away by the massive flood, was then found in that precise spot. Actually, we know as a matter of fact that the sinking boat was just a mere expedient used by Bernini to overcome the low water pressure.
Admiring the fountain up close, you will notice that it is adorned with a bee and a sun, both symbols of Bernini’s family and a reference to Pope Urban VII, who commissioned the work. 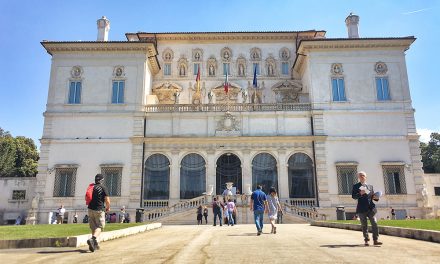 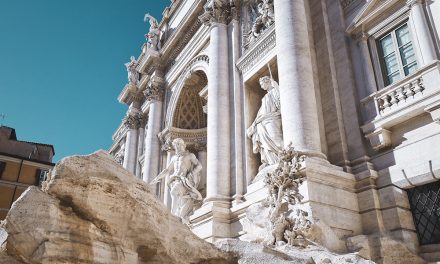 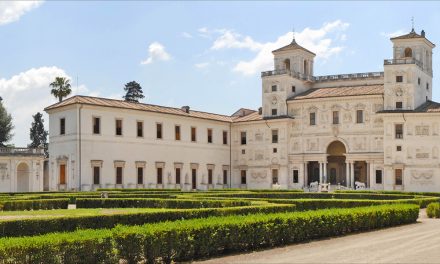