Only a few ruins remain of the Temple of Caesar in the Roman Forum, once the beating heart of Ancient Rome and today one of the most visited archaeological areas in Italy.
The temple was built by Augustus, Caesar’s nephew, to commemorate the spot where his great uncle’s body was cremated in order to honor his memory as a god. 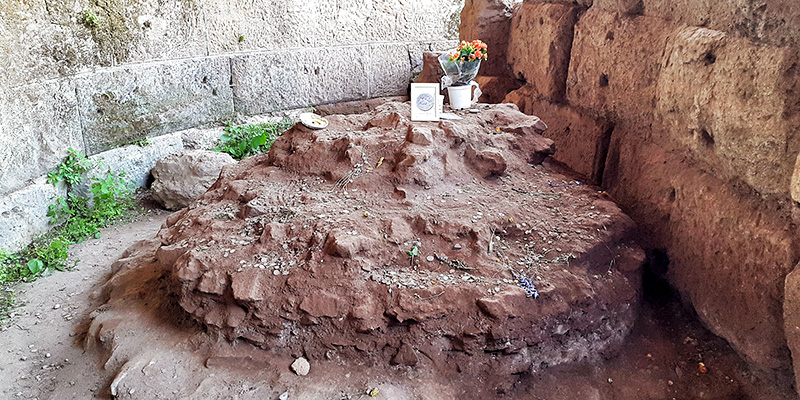 The Murder of Julius Caesar

However, Julius Caesar was not killed here, but in the Assembly Hall of Theater of Pompey, which is about 1 kilometers far from the temple, near Largo di Torre Argentina. His bloodied and brutalized body, marked by 23 knife wounds, was carried in procession by an angry crowd and displayed on the rostra, a podium.

It was on this occasion that Marco Antonius addressed the people of Rome with his famous speech, waving the bloodied toga of Caesar. The reaction of the masses was terrifying. The population set a fire and started looking for Caesar’s murderers. His body was cremated.

The Temple in Antiquity

The temple of Caesar looked nothing like today. By that time the temple was located at the center of the Forum, on the eastern side. Inside, the temple probably housed a statue of Caesar and maybe also trophies of his conquests. The back side of the temple featured a wide terrace, a podium for public speeches and a niche with the altar where Caesar’s body was cremated.

A Place of Memory and Worship

One of the most surprising facts about the Temple of Caesar in the Roman Forum is that 2,000 years on there’s still people going to this place leaving flowers and cards with messages to honor the memory of this great ruler. 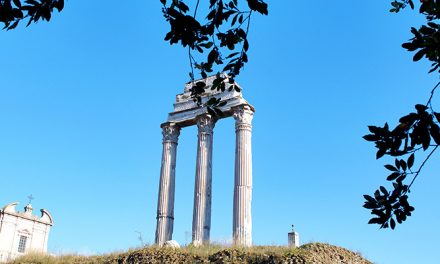