The Temple of Vesta in the Roman Forum is one of the oldest temples in Rome.
Located at the south of the Via Sacra, right in front of the Regia Palace, the temple make up with the adjacent House of the Vestal Virgins the complex of “Atrium Vestae”.
The Temple of Vesta had a circular structure, which recalled the shape of ancient sheds. A frieze featuring objects and items linked to the cult, such as olive branches and ponytails, embellished the temple. According to some sources, inside an underground chamber, the Romans kept the objects that Enea had brought to Rome from Troy. Among these objects, there was the famous Palladium, the wooden statuette of Minerva that, according to legend, would have granted the domination of Rome over the world. 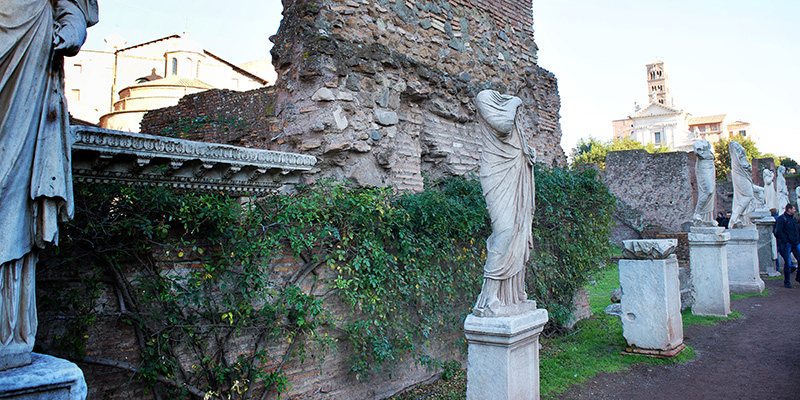 College of Vestals & the Sacred Fire

The Temple of Vesta is named after the six priestesses of Vesta, called Vestali. These were young virgins between 6 and 10 years old, chosen among the daughters of the most noble families in Rome. Their duty as priestesses lasted at least 30 years with the overriding obligation of chastity. Any violation was punished with an horrible death: the guilty priestesses were brought to the campus sceleratus and buried alive.

Their main duty was to cultivate and keep alive the sacred fire, symbol of the eternity of Rome. According to legend, Rome’s domination would have continued as long as the fire was alive. Should the flame accidentally be extinguished, the guilty priestess was sacrificed to calm the rage of the Goddess.
Notwithstanding this great responsibility, the Vestals actually had many privileges and were highly honored by the Romans. 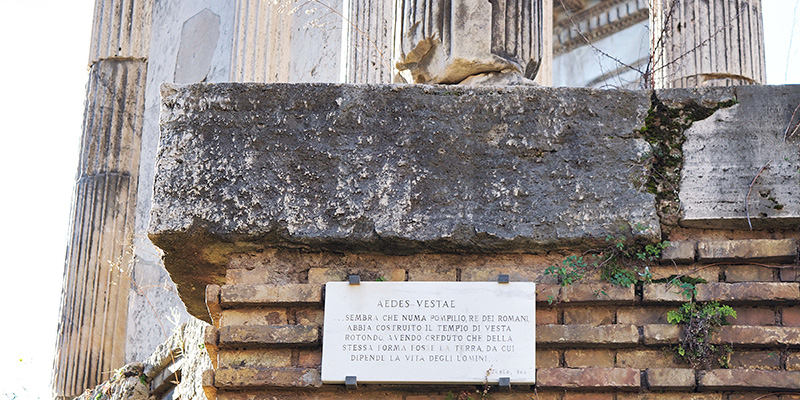 The House of the Vestal Virgins: buried treasures

The Vestals lived all together in the so called House of the Vestal Virgins, a sort of monastery with a portico, pools and a cloister. This incredible courtyard was adorned with statues featuring the Vestals, bearing inscriptions emphasizing their virtues.

The order of the Vestal Virgins lasted until the 4th century A.D.
In 1899, archaeologists have found 397 golden coins hidden under the floors of the House of the Vestal Virgins probably belonging to Emperor Antemio. Today the coins are kept in the museum of the Diocletian Baths. Likewise, in a terracotta vase were found 835 silver coins, a treasure hidden there by an officer of the Pope. 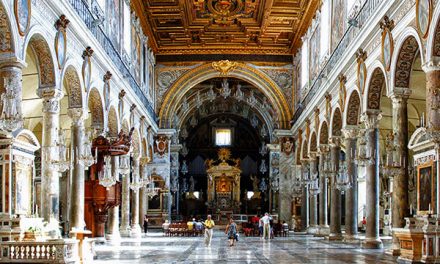