The Palace of Villa Medici, which today hosts the French Academy in Rome, is located near Trinita’ dei Monti Church, on the Pincio Hill. At the end of the Roman Republic, this same area was occupied by impressive gardens known as Horti Luculliani, named after the Roman general Lucio Lucullio, who have them built between 66 – 63 B.C. The Horti Luculliani must have been spectacular! They extended on the hillside, featuring vast terraces reachable through huge staircases. 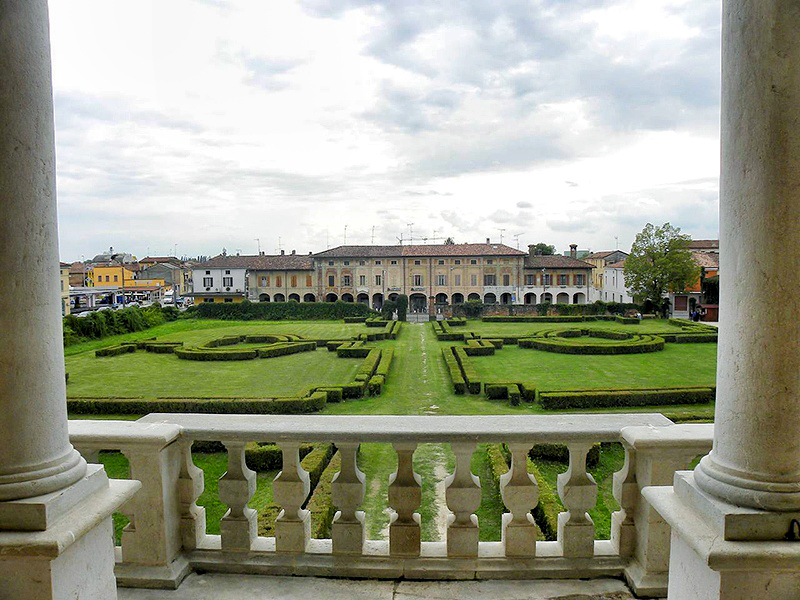 The Origin Of the Villa

The history of Villa Medici began in the second-half of the 16th century, when Cardinal Marcello Crescenzi started significant renovation works of the original building, basically characterized by a quadrangular plant, two floors with a tower and an inner courtyard. The villa was meant to become one of the most prestigious residence in Rome!

In 1564, Giulio and Giovanni Ricci, nephews of the Cardinal Ricci, bought the Villa. The Villa went through new significant changes thanks to the genius of the architect Annibale, who built the monumental entrance on Via di Porta Pinciana and completely renovated the gardens, connecting the Villa to the Acqua Vergine Aqueduct.

But the history of this sumptuous palace doesn’t end here. Indeed, it’s strictly connected to one of the most important families in Italy and Europe!
In 1576 Ferdinando de’ Medici bought the villa, appointing Bartolomeo Ammannati, a Florentine sculptor and architect to further transform it to host an impressive collection of artworks and masterpieces. Ammannati also built a second tower, connected to the previous one by a terrace! The internal facade was adorned by bas-reliefs, the entrance and the gardens by beautiful statues and fountains.

Avid art collector, in 1585 Ferdinando de’ Medici bought the entire collection of antiquities of Palazzo Valle.
Many of the reliefs which can be admired today on the facade of Villa Medici belonged to the Ara Pacis Augustae and the Ara Pietatis Augustae.

Other interesting facts about Villa medici

1The statues of two lions that decorate Villa Medici symbolize at the same time the City Of Florence, King Leone X and Ferdinando de Medici, born under the zodiac sign of Leo. The two spheres under the lions recall the Medici’s weapons;

2Ferdinando’s personal room was the Chamber of Muse. The paneled ceiling was adorned by painted canvas, featuring the Muses ruling the planets, surrounded by a representation of Hercule and Minerva. The depiction was meant to represent Ferdinando’s horoscope.  According to legend, when Ferdinando de Medici was born, his father Cosimo I had red in his newborn’s horoscope signs of royal destiny. However, Ferdinando was only the fifth son in the line of succession. Concerned for the destiny of his elder sons, Cosimo decided to hide the document predicting the death of his first four sons. Three of them died indeed very young. His elder brother, Francesco I, was also his opponent and died in 1587, a providential death in which Ferdinando may have played a major role;

3From the Cardinal’s painted apartments it’s possibile to enjoy one of the most spectacular view of Rome;

4In front of Villa Medici there’s a fountain of the 16th century, which history is really unique and legendary. At the center of the fountain you can notice a cannonball. According to legend, the cannonball was shot by the Christina, Queen of Sweden, against Villa Medici from one of the cannons in Castel Sant’Angelo.
The legend involves the story of Cardinal Decio Azzolino, a brilliant man, who was also really close to the Queen, so close that some people suspected they had an affair. The story says that Queen of Sweden and Decio Azzolino were meant to meet in Villa Medici, but the latter never showed up. Christina was so angry she went back to Castel Sant’Angelo and shoot a cannonball against Villa Medici, the very same one it can be seen today at the center of the fountain.

For more information about Tickets and Opening Hours of Villa Medici click here! 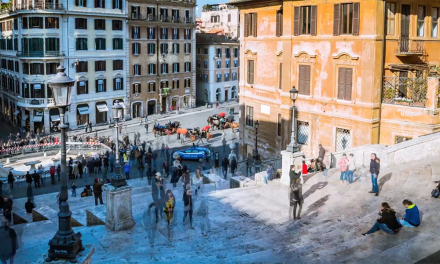 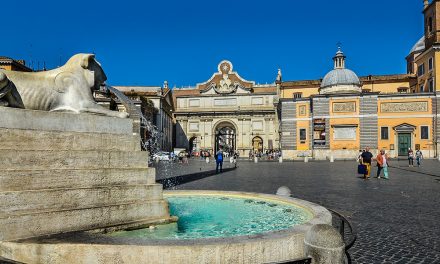 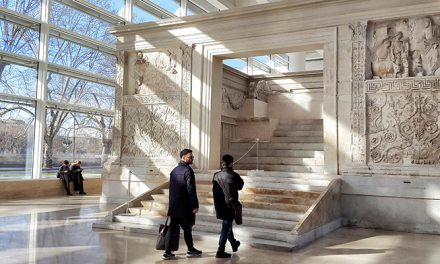