Street Art and Writing at Macro Museum in Rome

Cross the streets, the contemporary exhibit housed at the Macro Museum in Rome until October 1st 2017 brings Street Art froms to a museum and turns the museum into the street, providing a unique insight into this urban art form that has positively invaded all industries from fashion, to movie and music! 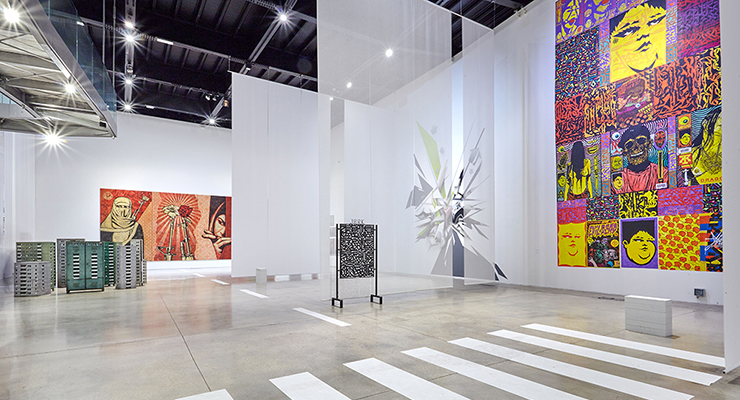 About “Cross The Streets” Exhibit

Urban street art, a unique avant-garde movement able to unify youth and minorities in an era of globalization, is presented in all its forms, ranging from writing, graffiti, mural paintings and stancil art which have all deeply influenced collective imagination.

Cross the Streets includes more than 180 works from Street artists hailing from Rome itself, which is constitutes an unparalleled example with regard to the volume and longevity of graffiti on public transports, and around the world.

The section named “Street Art Stories” details the birth and evolution of street art showing the artists that have contributed the most, such as WK Interact and Invader.

Next, visitors will encounter the 10 meter long Middle East Mural by Shephard Fairey (aka Obey the Giant), the American street artist best know for his Obama hope poster.